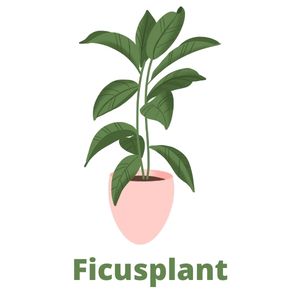 The basis for normal weight gain and an increase in livestock in the flock is the proper feeding of the sheep. The nutrition of animals must be balanced; the choice of its regimen depends on many factors. It is taken into account that sheep eat depending on the season, age category and purpose of their cultivation.

The diet of sheep consists almost entirely of plant foods, as these are herbivores. A large part of the flock spends on grazing and feeds on pasture, during this period the animals practically do not need additional feed additives.

What do sheep eat?

For the full development of young individuals and increase the number of livestock, it is necessary to include in the diet at different times a lot of different products. Let’s talk about each of them.

The main part of the sheep’s diet is succulent feed. There are several of them:

Juicy food is what sheep eat in the most favorable periods for feeding their body mass. They pay special attention to their quality, since it is they who saturate animals in all periods of the year. The remaining ingredients are used as top dressing.

For sheep, the best feeds are concentrates, but sometimes it is impossible to fully feed the animals, because they have a high cost. These include:

These feeds are extremely rich in proteins, fats and starch, therefore it is necessary to feed the sheep with them at least in the amount of 100-150 grams per sheep and up to 600 grams per ram per day.

The components of the diet are combined in different proportions. The norms for feeding sheep should ideally be selected for each individual individual according to its condition. Particular attention is paid to how to properly feed pregnant sheep and young animals. To compile a nutritious diet, it is worth considering all the factors affecting the diet separately.

At different times of the year, the nutrition of sheep varies, this is due to the availability of certain types of feed:

Sheep in a state of maturation should be fed the highest quality feed. A month before birth, most of the roughage is replaced by concentrated and juicy ingredients:

Sheep, responsible for the reproduction of offspring, also need special nutrition. In normal times, it consists of the following ingredients:

During the mating season, the ram-producer loses a lot of energy, therefore, 2 months before it, it is necessary to tighten its feeding:

The first 5 days of life, lambs feed exclusively on breast milk. If this is not possible, which is possible with death or disease of the uterus, then the cubs need to be planted with another female or watered with cow’s milk.

Feeding of young sheep at home is carried out from the nipple in a five-day daily regimen; by the age of two months, the lambs should be fed twice a day. The transition is carried out smoothly and try to teach young animals to drink from a bowl as early as possible.

Simultaneously with the milk nutrition, lambs begin to be accustomed to solid food. They start with concentrated feeds, bringing their amount from 50 g in the first month to 300 g by the fourth, using protein-rich feed varieties. In addition, bean hay must be included in the diet.

Further, feeding the small lambs and the reared young sheep should look like this:

To increase productivity, sheep are transferred to a special diet. Sheep fattening begins a few weeks before slaughter:

For fattening sheep for meat, the most protein-rich concentrates are used: peas, barley, and corn. This will help speed up muscle building.

When feeding sheep, not only the components of the diet and their norms are important, but also the diet. For better assimilation of food by animals, you should adhere to some rules:

Paying attention to the proper nutrition of animals is extremely important, since the state of health of each animal depends on it. Feeding affects the number of offspring, with proper and fairly plentiful nutrition, there are practically no cases of lambing by one cub. This allows you to quickly increase the number of livestock.